Concrete slab foundations in Grand Prairie, Texas often need to be repaired due to issues like cracks.  HD has a great deal of experience working with concrete, and especially slabs that are made out of concrete. We recently finished a project and offered a great solution. Even today, in 2014, the concrete piers we install still work and halt damage.

This particular home had quite a few issues and the man who owned the house was worried. He had enlisted a foundation professionals he thought were experts but soon discovered trouble in his 1827 sq. ft. concrete slab foundation.

It was apparent that foundation solutions were needed because cracks had impacted this structure. Over a period of 30 years, deflection in the slab foundation caused acute damage on all sides of the concrete slab foundation and needed piers. Fact is, there are several ways to identify and stop the causes of foundation problems in Texas.

The deterioration had caused gaps that were between 48” and 62” in length in his concrete slab foundation. The contactor he had talked to had failed to install enough foundation piers and repairs were needed to prevent more complications. 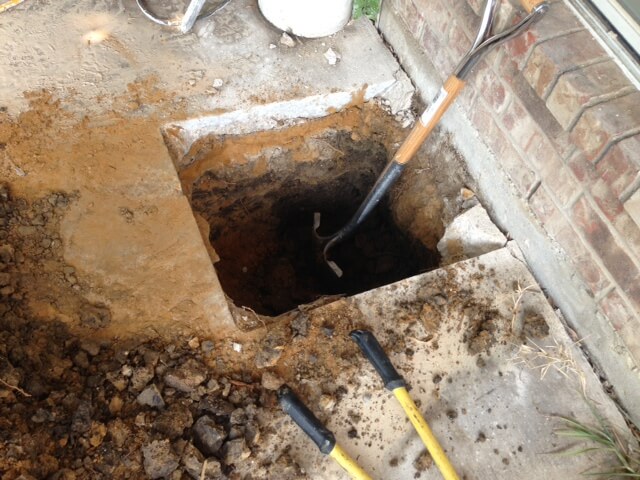 When the owner called HD Foundations, his property was in shambles. He had waited too long to deal with foundation damage, so things had gotten worse. He worried if his  foundation could be repaired and it was a problem.

As part of the process, 18 pilings were installed around his slab. Holes were dug just prior to installation. Utilizing special equipment, the slab was corrected and there no more damage to the slab. His foundation repair project was finally finished after talking to three companies over four years about his foundation. The hydraulic jack we used served its purpose as did the piers that are used in 2014 to stop damage. Our equipment lifted the slab and restored it to its original position, preventing deterioration. His slab was not affected by critical difficulties anymore. By performing concrete foundation repair on his damaged slab, HD protected his two-story home. For professionals that end serious concerns and problems by offering solutions, contact us about concrete slab services. We offer solutions that will halt the causes of complications.

Great advice and customer experience! We are adding a deck to our pier and beam home and wanted to make sure our(...)

*Minimum of 10 foundation piers. Must mention this offer at time of free estimate. Applies to house foundation repairs only. Offer expires 11/30/20