Slabs made from concrete can endure all sorts of foundation problems, though success is not a solid guarantee. That’s why you’ll need to hire a good professional. It’s important to learn about choosing the best foundation repair contractor for slabs. It’s also essential that when you’re having the foundation on your property fixed, your concrete slab is restored utilizing proven methods of repair. Fortunately, the very best contractors know all about concrete slab foundations. Concerns about these foundations that are so in demand are generally unfounded, unless they are subject to severe conditions such as a droughts or other harsh weather. Of the two types of foundations that are most popular in the DFW, TX area, concrete slabs are the ones that foundation contractors most often repair because there are far less pier and beam structures in this region. That’s because slab foundations succeed where many other types of foundations commonly fail. 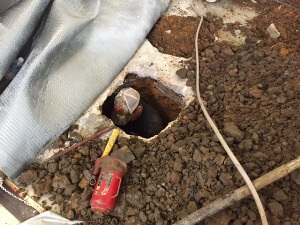 Local homeowners recognize that concrete slab foundation designs are resistant to many of the conditions that affect foundations constructed using wooden beams and piers, although repairing them does involve cracking the slab. As any outstanding contractor who repairs foundations of this type can tell you, jackhammering a slab foundation made of concrete can create problems, especially if interior concrete piers or steel piers are being installed. Nonetheless, designs manufactured using concrete are still popular throughout the state because this kind of foundation is known to resist weather, and foundation failure will generally not happen for many, many years. It’s a good idea to learn more about foundation failure in concrete slabs and when and why it occurs. If yours fails, call a professional like HD Foundations.

Without a doubt, the pier and beam foundation is another type of foundation that is very popular. It, too, opposes damage and minimizes concerns that homeowners frequently have. Because they don’t rest right against the earth, foundations constructed with piers and beams can develop problems ranging from moisture in the crawl space to sagging floors. That’s because the beams can sag in these foundations and wooden piers can rot. While these designs are sought-after and utilized all across the state, pier and beam foundations are the sort of foundations that are generally associated with older homes or those located near the ocean. North Texas area foundation contractors don’t fix this type of foundation as often as they do concrete slabs because they’re not as popular in this region of the state.

One concern that people often have with pier and beam structures is that they attract bugs and other creatures. Unlike other types of foundations, structures made with piers and beams have a damp crawlspace underneath them. Concrete slabs don’t have these foundation issues and can resist rodents and other animals and insects that could do harm. The need to climb steps is yet another potential problem that foundations of this kind can create since they are elevated, unlike slab foundations which are constructed using concrete.

If you would like more information on these two popular foundation types, contact HD Foundations.  As contractors that provide free foundation repair estimates and the best in service, HD Foundations can be of help.

*Minimum of 10 foundation piers. Must mention this offer at time of free estimate. Applies to house foundation repairs only. Offer expires 10/31/22